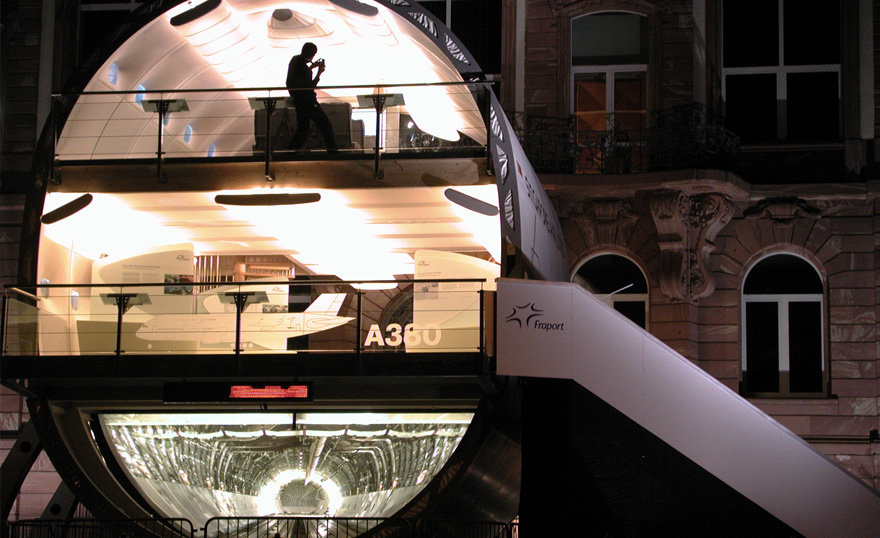 How the first A380 was created in Switzerland It was already 15 years ago when HP Gasser AG took on a special challenge in the Membrane Construction division. A 1:1 scale model of a fuselage section of the new Airbus A380 was to be built, giving a lifelike impression of how it would later feel

Tagged under: A380, History, Prefabrication

In 1999, Hanspeter Gasser had the opportunity to take over the membrane division of Sarnafil AG. With Sepp Imfeld and Toni Halter, who had previously managed Sarna-Tent, the start under a new flag was achieved in May 1999. The aim of HP Gasser AG was to build up a third pillar in addition to roof