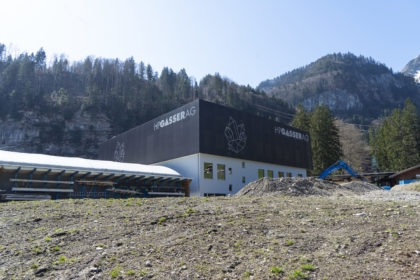 As previously reported: We have built a new production hall to expand our production capacity. Named “Kristall 2020″, this hall offers a significant increase in capacity, especially for the production of roof window elements.

Here is a short update with the most important facts and an interview with the project manager of HP Gasser AG, Florian Gasser.

The finishing touches are known to be the most important. So at the moment the new powerful 5-axis CNC machine and the stacking crane are being brought in. In the future, the latter is to take over a large part of the logistics in the new production hall, partly automated.

The new large basement has already filled up briskly with standard material from the Membrane Construction division. Thanks to the newly gained space, flexibility in storage can be increased. At the same time, the assembly vehicles can be loaded and parked in the dry.

The sheet metal shop has already moved into its new location and can work even more efficiently thanks to the new Swiss-made bending machine and improved processes.

Editorial: What can be said about the current construction progress?

Florian Gasser: At the moment, both the new 5-axis CNC machine and the stacking crane are being run in and tested.
The facade mesh has been mounted. The imprint of the company logo and the crystal can now be seen perfectly. The plasterer is busy with his final work so that the facade scaffolding can be dismantled as soon as possible in order to start with the surrounding design.

Editorial: Why is the new production hall actually called Crystal?

Florian Gasser: This has several reasons. A crystal stands for uniqueness as well as durability and can be considered as a gemstone of the Alps. We want to create emotions and ensure greater attention. Furthermore, the crystal should embody our products.

Editorial: What advantages does the new production hall bring for the customer?

Florian Gasser: There are now almost no limits to the formats of the individual rooflights in the roof window element construction. We now also have sufficient space for extraordinarily large dimensions. Another focus is on improving working conditions for our employees.

Editorial: Thanks for the interesting news!

Into the fall with new strength and new projects 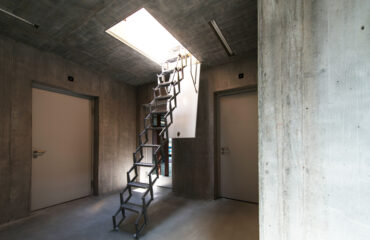 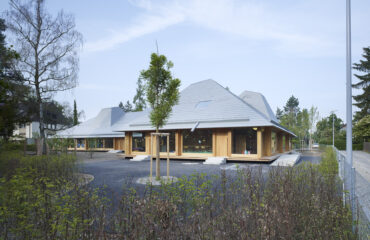 A tricky kindergarden roof in Riehen