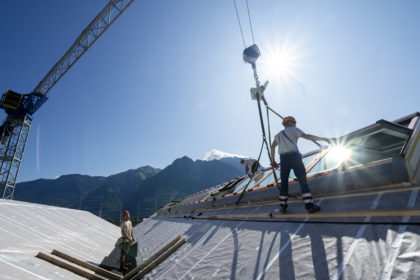 In Azmoos, Wartau municipality, a new school building will be constructed by summer 2020. The old school building Feld was already demolished in 2018, making way for the new building, which in addition to the school with nine classrooms will also house a gymnasium and a kindergarden. Currently, the kindergarden is still located across the street from the construction site. With the new building will be a modern school building, which will offer at the school site field, place for children from Trübbach and Azmoos.

A key architectural element of the new school building is the five ridge rows, each 40 meters long. A total of six light bands in the roof structure, which are consistently aligned to the north, will then provide attractive daylight in the new building. On the opposite south side, efficient photovoltaic elements will provide for the generation of solar power. An interesting aspect of this will be that the continuous rooflights will be skilfully matched by HP Gasser AG to the appearance of the solar power systems, so that an attractive and uniform appearance can be achieved. But that was not the real challenge.

More important than the eventual appearance will be the functionality of the light bands. And these impress with the dry numbers alone. A total of 194 Roto Q-4 roof windows are installed, which are mounted in ready-to-install elements of varying lengths. The necessary shading systems are already integrated. A total length of 165 meters is divided into 24 individual elements, which have already been prefabricated ready for installation at the HP Gasser factory in Lungern. Depending on their length, the individual elements consist of five to ten roof windows. The transport to the construction site was of course handled by the company’s own fleet of vehicles, and the experts at HP Gasser AG are also the sought-after and experienced specialists for the installation of the skylights on the roof of the new school building.

Thanks to the high degree of prefabrication and the ready-to-assemble element construction method, up to 60 meters of continuous rooflight could be installed directly on the construction site in just half a day. This made the installation of the roof window elements efficient and ensured that construction progressed quickly.

It is also worth noting that all the wishes and suggestions of the architects can be professionally implemented already in the planning stage but also directly on the construction site. Also with this, HP Gasser AG sets clear signs in the roof window element construction for professionalism, flexibility and a high degree of innovation. 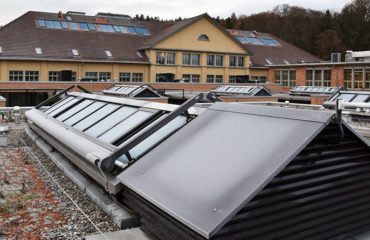 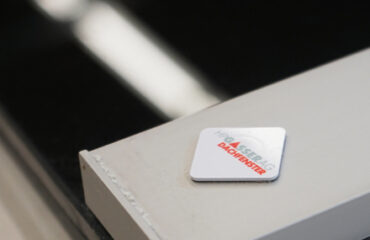 Technically fit for the future 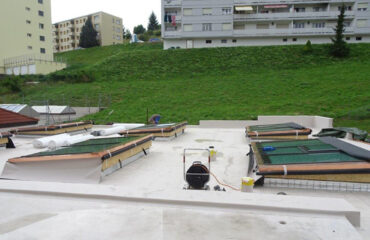 Hand in hand for a tight flat roof renovation