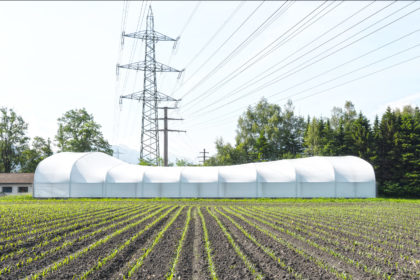 The community of Rothenbrunnen in Domleschg, with its 300 inhabitants, is home to the largest fish breeding facility in the canton of Graubünden. Its centerpiece is the covered pond facility with three flow channels, which offers the best conditions for breeding and keeping stocked fish. Not least thanks to the current, the brown trout, lake trout and rainbow trout remain in motion and thus fit for their later release in Grisons’ watercourses and lakes. Not entirely innocent of the success of the cantonal fish farm is the membrane roofing by HP Gasser AG from Lungern: This protects the fish from excessive heating of the water, but also from ultraviolet radiation and thus from algae infestation and natural enemies. The maintenance of the pools has also been simplified. Without a roof, they had to be regularly drained and cleaned – a workload of several weeks that is now eliminated.

The PVC membrane roofing was originally an exotic proposal – especially for the alpine region of Graubünden – but it turned out to be the best solution due to the special requirements. This was because the roof of the fish farm had to be both translucent and lightweight, as well as being able to span a large distance. Within a construction period of only four weeks, the outdoor pools were finally spanned on an arch-shaped steel structure with nine membrane fields (1800m2 unwinding surface). The membrane builders of HP Gasser AG from Obwalden were also responsible for the development of the aluminum keder rails that connect the membrane and the steel structure. Material and construction have proven themselves very well: The fish are doing well and the fisheries supervisor is delighted. 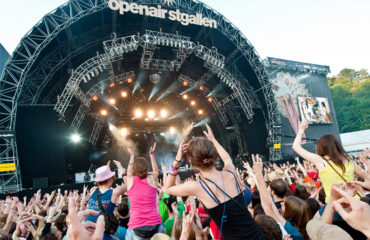 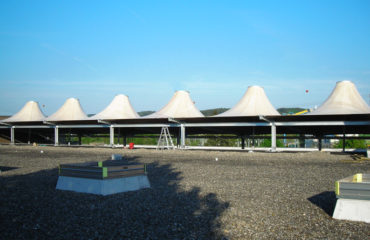 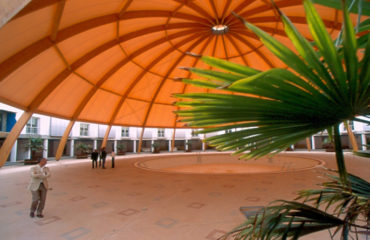