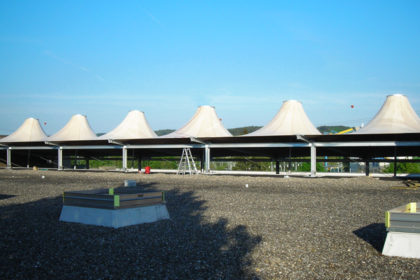 Many young and old Swiss people know the Technorama in Winterthur as a place to explore, marvel, learn and experiment. Visitors from neighboring countries also come again and again to experience the many knowledge-rich stations and exhibits up close. Surprises and a gain in knowledge always included.

After the Technorama in Winterthur had established itself as a fixed address for thousands of visitors each year, thought was given to expanding the capacities spatially, if possible without expensive and elaborate extensions or conversions. The inner courtyard, which until then could only be used on fine weather days or for weatherproof exhibits without a roof, proved to be excellently suited for such an expansion.

The decision was made to roof the inner courtyard and to commission HP Gasser AG from Lungern/Obwalden to do this. The task was not to create a new space, but rather to retain the character of the courtyard and yet achieve a higher degree of independence from wind and weather.

What was planned, designed and made up was a canopy that at first glance looks like a string of small pointed tents. And this is how this project was practically implemented. The particular challenge was to combine weather protection with the special requirements for fire protection. A material had to be found for the membrane structure that had the typical properties of membrane structures, but was also extremely difficult or even impossible to ignite. In other words, a non-combustible material had to be used for the membrane roofing.

This was also no problem for the membrane construction experts at HP Gasser AG. After the planning phase was completed, the individual elements for the inner courtyard roofing were prefabricated at the plant in Lungern and then assembled within a very short time after the start of construction. As a result, the Technorama enjoys an increase in usable space independent of the weather, which also perfectly fulfills all fire protection requirements in its special form as a membrane roofing. And if you take a closer look at the pictures, you will see how visually attractive but also cozy such a special roofing can be. Provided that real experts are working here, whose performance and services can be relied on at any time. And that for decades 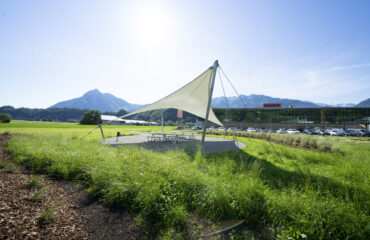 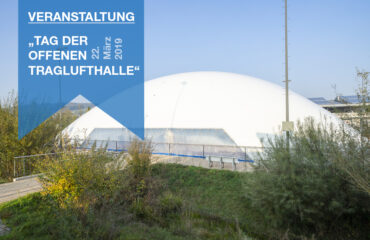 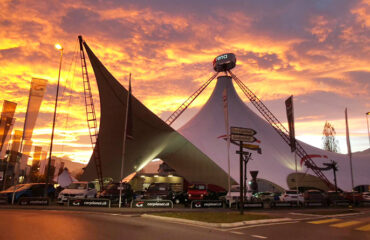