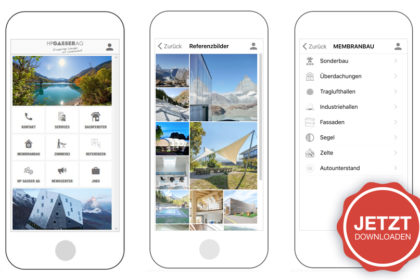 As early as August 2019, HP Gasser AG ensured that communication with prospects and customers is consistently put on a digital footing with a new app. In doing so, the company is not only following the interests of its users, but is also making further progress in the digitalization of essential processes within the company.

The HP Gasser App is much more than just a way to communicate with the company from Lungern. In addition to the contact options, the new app is particularly convincing with its range of functions, which also makes the services in the company’s divisions of roof window element construction, membrane construction and carpentry digitally tangible.

Thus, the app can also be used to call up the latest news from the company and vividly experience individual products. The options for comprehensive information extend to small video clips about the company’s services, but the new app also presents the company as an excellent service partner.

The defect notifier, a special function of the app, allows the service department of HP Gasser AG to be notified in a timely and uncomplicated manner and to organize on-call service appointments. Thus, the app goes far beyond the informative character and shows itself as a real service element of a modern company. Of course, this also includes information on products and services, product/price inquiries, and the option of simply making appointments with the company’s specialists via the app. The integrated news center offers interesting insights into exciting projects.

Technically, the app is executed both as a mobile app and as a progressive web app, which can also be easily accessed without installation on the desktop computer. Available is the HP Gasser app both for Android operating systems from version 4.4 or as an iOS app for Apple devices.

For anyone interested in modern solutions in roof window element construction, membrane construction or the craftsmanship of carpentry, the HP Gasser App is the simple and mobile access to HP Gasser AG from Lungern in the canton of Obwalden. 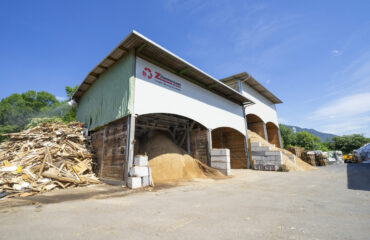 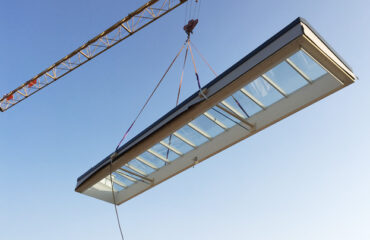 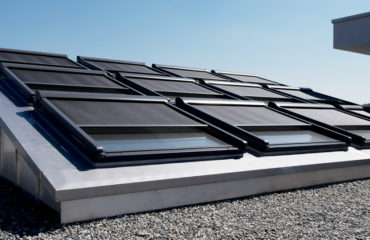