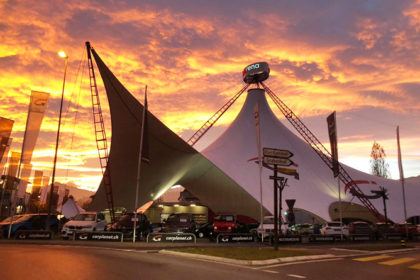 With the business takeover at Auto Galliker in Kriens, the desire arose to create a new membrane roofing for the Autoarena. However, such a roof was already in place, so the initial consideration was to give the old membrane roof a thorough wash and then rebuild it.

However, due to the condition of the old roofing, HP Gasser AG, together with the client, decided otherwise. Based on the planning documents from 1997, a new membrane roofing was to be created, as the old one would have looked far less attractive even after extensive washing and cleaning.

Success always has something to do with character

Success always has many parents. So the saying goes. One of these success guarantors could also be the special character. Clear statements, thorough considerations in the interest of the customer and always like aiming to create the best belong to such a clear character, which HP Gasser AG also shows. And this strong character is shown by the membrane builders from Lungern/Obwalden already since the existence of the membrane construction division.

Fast exchange in a short period of time

It took the experts from HP Gasser AG a total of just two weeks to replace the old membrane roofing of the Autoarena for Auto Galliker. At the beginning, as always, there was extremely precise planning and preparation as the most important prerequisite for the success of the project.

Then everything actually went quite quickly. The planning documents from 1997 were taken and adapted to the current conditions. Then the old membrane had to be removed and disposed of. The next step was to install a new membrane covering a total area of 2,100 square meters. Of course, this first had to be prefabricated in the Lungern factory to the exact dimensions required. But this work step was also carefully considered in an overall concept, so that no unnecessary delays occurred in the assembly on site.

The entire operation took a total of only two weeks, which is a very remarkably short duration for a project of this size. In this time, all the work steps were done to replace the old roofing with the new membrane roofing. And this one meets the latest standards for membrane roofing and also shows the full strength of modern roofing made of durable, weatherproof membranes, which can be processed in almost any shape, when it comes to the choice of materials. 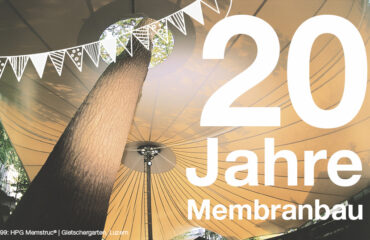 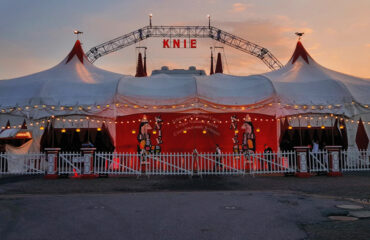